Darvis Taylor – Bass and Vocals, Scott Sluis – Drums and Vocals, Tom Henry – Lead Guitar and Daniel Day – Lead Vocals, Rhythm Guitar, are Friday Harbor local musicians who have created an original alternative rock band called DESOLATION SOUND. The band says that the island way of life manifests itself in the music. “I’m fascinated with that beautiful place where the Salish Sea meets the shore of our island. It’s a mysterious, shifting boundary and I often draw deeper meanings from my experiences there” says Daniel, the band’s primary lyricist.

The band has completed their debut album with the help of Adam Kasper producing and mixing, and Jon Auer of the Posies and Big Star lending his talents as well. Three of the songs from those sessions (Evanesce, Deepest Garden, and Arms Around You) are available for you to hear now on your favorite platform, as well as videos on YouTube, with more songs dropping soon. The band will feature these songs and more live for their performance in San Juan Community Theatre’s 2020-21 Snapshot Season. “We are thrilled to be a part of the Snapshot Season. Thank you for inviting us to share our music!”  ~ Desolation Sound. 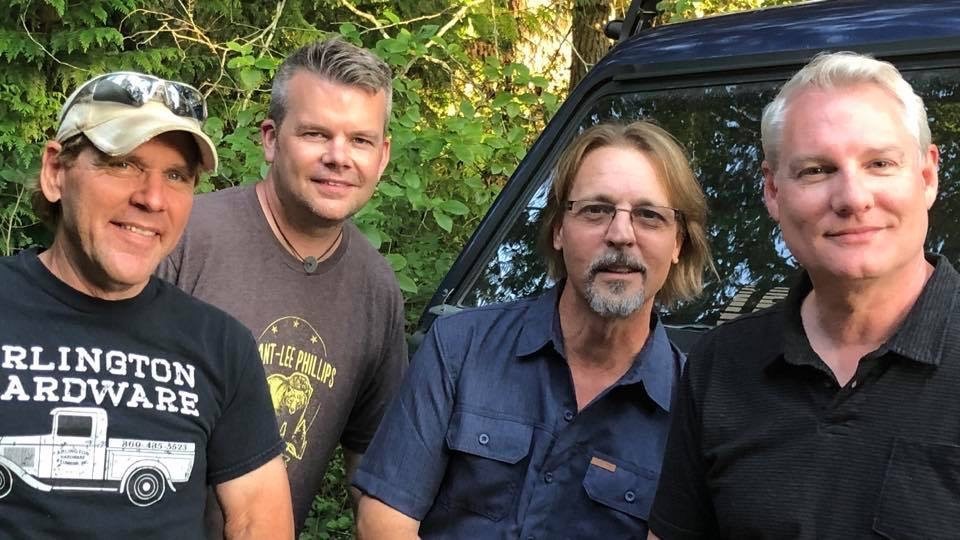 Thank you
to our Producers Club!