I Am Not Your Negro

A Punch Card is available to see all 10 films in the series: $55 Adult; $35 Under 25.
You may purchase on-line and pick up punch card at Will Call

The SJCT Summer Film Series features a variety of independent and feature films on 10 Tuesdays
between June 20 and September 19.

Writer James Baldwin tells the story of race in modern America with his unfinished novel, Remember This House.  Director Raoul Peck's documentary, nominated for an Oscar in 2017, is an introduction to Baldwin’s work and an advanced seminar in racial politics; with the voice of Samuel L. Jackson. 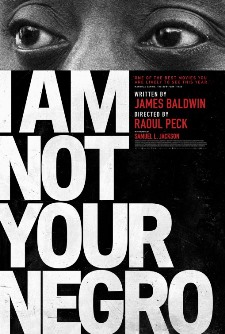