A Punch Card is available to see all 10 films in the series: $55 Adult; $35 Under 25 years old.
You may purchase on-line and pick up punch card at Will Call

The SJCT Summer Film Series features a variety of independent and feature films on 10 Tuesdays between June 20 and September 19.

In this biographical crime drama, an inspector hunts down Nobel Prize-winning Chilean poet, Pablo Neruda, who becomes a fugitive in his home country in the late 1940s for joining the Communist Party. 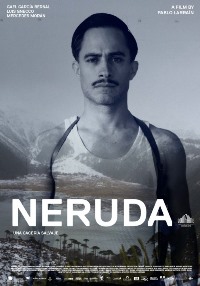