Friday, July 29, 7:30pm
Whittier Theatre
Tickets:
Adults: $30, Student Reserved: $15, Student Rush: $5
buy tickets
Guitarist and singer Alpha Yaya Diallo, from Guinea in West Africa, is one of the hottest acts on the world music scene. Now based in Canada, he’s earned a reputation for the excellence of his musicianship and the excitement of his live shows – whether performing solo or with his band, Diallo is a multi-talented artist. His dexterous acoustic and electric guitar-playing, with its fluid melodic lines and compelling grooves, places him in the front ranks of African axemen.

This project received support from Washington State Arts Commission, WESTAF (the Western States Arts Federation), and the National Endowment for the Arts. 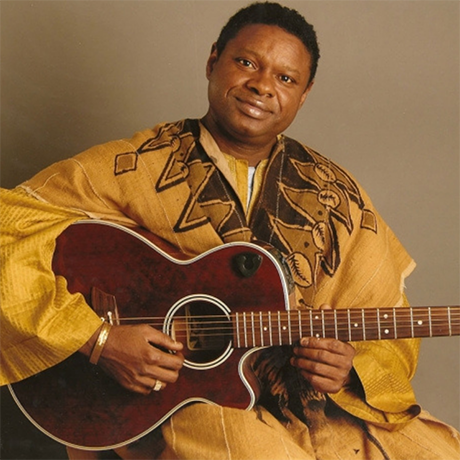 For more information regarding our Covid-19 guidelines please visit https://sjctheatre.org/covid-policies.